Do dreams have messages for us? 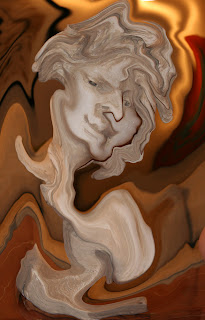 This is a question that’s been asked, no doubt, since humans could first form thoughts at all. Dream images are so real, and dreams are often so strange, that we can’t help but wonder.

My sense of it is that we are on shaky ground if we try to say, categorically, that dreams have (or represent) messages, or that they intend to convey information or meaning. Freud, among others, specifically stated that dreams are not intended to be understood at all. We can, he says, look for meaning, but this is an action that we perform on the dream and not something that the dream itself intends. And many modern dream researchers continue to view dreams as our brain’s attempt to make sense of the more-or-less random firing of nerves while we are asleep.

My own view is different. Because I experience dream images as autonomous imaginal beings, dreams represent an avenue of possibility for communication with not only the personal unconscious—with our own psyche—but with the collective unconscious, with the imaginal world of spirits and archetypes.

In my understanding it is possible to receive messages from specific imaginal beings from time to time—some dreams are very clear about that. In another post I will give some examples of that phenomenon. I believe that the ability to receive such communications can be cultivated through practice.

I think it is safe to say that there is meaning in dream images. The specific images in dreams are drawn to us because of some resonance between them and us—between the images and our environment, our daily lives, or something alive in our psyche at the time we’re dreaming. It’s this resonance that is the important thing to focus on when we’re trying to find meaning in a dream. It’s not the same as saying, “Well, dogs mean loyalty, so this dog in my dream must be about loyalty.” It’s more like that there is some issue that’s alive for me at the moment that recalls, in some way, dog energy or a dog metaphor. Something “dog-like” is going on in my life that drew the dog-image to me, and me to it.

So the trick is to examine the image of “dog” until something clicks—something makes you go, “Aha! That’s like the dog in my dream!” When you get that “Aha!” feeling, you’ve located the resonance. Often, at first, the resonance may be faint and difficult or impossible to put into words, but if you keep rolling it around in your mind and keep it alive in your thoughts for a while, you can begin to elaborate on it and it may start to make sense.

But back to the question of whether or not dreams have messages: by tracking this resonance, and by following images—especially repeating images—over time, you can build up a personal symbol system that will make it easier for you to find meaning in the dream images. Whether or not the dream intends this meaning, or any message at all, we probably will never know.
Posted by Kay at 10:33 AM No comments: