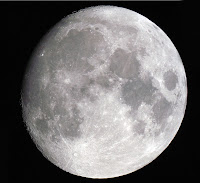 Last night was the Full Moon. Some believe that a full moon represents the completion of a cycle in our life, the fruition of something begun during the dark of the moon two weeks earlier. I often ponder these cycles in my own life, over weeks and months, to see if there are meaningful connections to be made.


So what was “seeded” at the New Moon on the 16th? What intention did I set at that time, consciously or unconsciously? Checking my November journal, I noticed that on the night of the New Moon I had the following dream:

I’m running around happily in “my back yard,” which in the dream is up on a hill. There’s a steep drop-off or even a cliff at the back end, with a creek way below. I hear someone talking loudly—it’s a Vietnamese woman talking to one of her kids, maybe explaining where she’s going or what she wants them to do. I can’t understand her, of course. I run back to watch her, and suddenly find myself standing on the very edge of this cliff, a little below the top. I watch the woman, who is wearing tabis, those Japanese (and Vietnamese?) foot coverings with a separate big toe, as she ducks under a barbed wire fence and wades into the stream. I am a little envious of her apparent freedom.


Then I realize that this cliff is made of soil and very soft sandstone, and that there is nothing beneath me except a 40-foot drop. I’m startled and concerned, so I very carefully clamber back to the top.

I recognized that last image as a reference to The Fool from the tarot: the fellow who, carrying his knapsack and accompanied by his little dog, strides in blissful ignorance right off a cliff. The Fool, among its many meanings in the tarot, has a kind of “beginner’s mind” feel to it—a trusting innocence that just takes what comes in life without judgement or forethought. It’s one of the Major Arcana, the “trump” cards that indicate something of particular and archetypal importance in a reading.

But who is the Vietnamese woman? What message does she have for me?

In reverie I re-enter the dream: The Vietnamese woman is intent on her business; aware of me but not friendly. She wades upstream; she seems to be gathering things—crayfish, it looks like—from under the rocks. I kick off my shoes, put on my muck boots, and wade in after her. The water is cold and deep and goes right over the top of my boots—I take them off, too, and wade barefoot, which is difficult and painful. The woman glances at me disdainfully, as if to say, “Well. You certainly didn’t prepare yourself, did you?” Her slippered feet have no problem with sharp rocks or algae.

The woman is collecting crayfish. I suddenly remember that crayfish appear in one of the tarot cards: The Moon, another of the Major Arcana. Reading Rachel Pollack’s books on the interpretation of The Moon in the tarot, I notice all kinds of references to wildness, to our sensitivity to life that is so often covered over by ego consciousness. In the context of this card, Pollack suggests, the crayfish may be a symbol of our deepest, most unconscious terrors.

Another connection appears in my mind at that point: at a discussion with a group of depth psychologists the Sunday before the dream, our topic was the movie “Where the Wild Things Are,” which deals in an imaginal way with our deep need to allow our inner wildness to be expressed. The crayfish may symbolize terror of and from the unconscious; but the Vietnamese woman is hunting them for food. The crayfish is food for the body; the terrors of the deep unconscious, perhaps, are food for my soul, and I must search for them without the imagined protection of the rubber boots of ego consciousness.

It is difficult to explain the relationship of all this with my private life at the moment, simply because much of what I am struggling with is so very private. I have lately been feeling a strong tug toward involvement with the world—with my business endeavors, with my book, with friends new and old, with things that feel strange and uncomfortable. I have been resisting that pull, hiding out in the barn with the horses. This dream suggests that isolation is no longer the best idea. Like The Fool, I need to summon my basic innocence and trust in the Universe. I have to get into the water—I can no longer stay dry and safe and uninvolved. But at the same time I need to take precautions, to prepare myself so that I can be effective and not get hurt.

One final, provocative connection, in the words of a song that I heard that same night: “It’s never too late to reach out your hand in love.”

[Note: the image of the moon is by Ghirlandajo, obtained from Wikimedia Commons; the image of The Fool is my photo of the card from the Ryder-Waite tarot deck.]
Posted by Kay at 12:41 PM No comments:

A few comments on Freud and dreams

Arguably the most famous exponent of dream interpretation as a psychological tool is Sigmund Freud. His monumental work The Interpretation of Dreams opened up a whole field of research and theory. For Freud, the dream is something that happens inside our own heads, a process whose essential function is a kind of wish fulfillment—and the wish is usually infantile, unconscious, and sexual in nature. Because these unconscious wishes are unacceptable to our waking ego, the dreamwork disguises them so that the ego isn’t shocked into waking us up.

Freud's worldview and mine are fundamentally different. For Freud, the unconscious (the source of dream images) consists primarily of things that have not been noticed or have been forgotten by our conscious ego, or—and more important—that have been repressed by our ego. Freud also insists that everything in his psychology can be defined scientifically. This automatically excludes anything like the imaginal world: gods, spirits, archetypes, or dream images as autonomous beings.

For Freud, dreams have no intention of being understood. You can analyze them and decipher their meaning, but this is an action that we perform on the dream, not something that the dream intends. In my view, on the other hand, the dream may represent an avenue for communication with not only the personal unconscious but with the collective unconscious, with the imaginal world of spirits and archetypes.

Here’s an example of the difference between my approach and Freud's. In The Interpretation of Dreams, Freud recounts the story of a father who had been watching over his son’s sickbed for many days and nights, and whose child finally died. The exhausted man lit candles around his son’s bed and went into the next room to lie down. He fell asleep and had a dream that “his child was standing by his bed, caught him by the arm and whispered to him reproachfully, ‘Father, don’t you see I’m burning?’” The father awoke and discovered that one of the candles had fallen over, the bedding had caught fire, and the child’s body was indeed burning (pp. 509-510).

Freud argued that the dream represented the process of wish fulfillment: The father desperately wished his son to be alive once more, and so the dream, using the father’s memories of the boy’s words and actions, created a scene where the boy was indeed alive. My own interpretation, based on a different view of reality, would suggest that the exhausted father’s mental defenses were lower than usual and the boy himself, from the other side of death, was able to communicate with his father directly and alert him to a dangerous situation.

A Freudian interpretation of dreams can provide valuable psychological information. I have no argument with that. However, I do believe that dream images, if they are regarded as at least potentially autonomous, can even more effectively show us "the royal road to the unconscious."
Posted by Kay at 11:34 AM No comments:

Browsing my journals from earlier this year, I came across this quote that seems very appropriate at the moment:

Finding the power of the sacred, not despite suffering, but in the midst of it: This is the alchemy of the dark emotions. Through this alchemy, grief moves us from sorrow for what we’ve lost to gratitude for what remains. Fear of life’s fragility is transformed to the joy of living fully, with openness. And even despair becomes the ground of a resilient faith—not just an opiate for our pain, but a profound commitment to life as it is. — from Healing Through the Dark Emotions by Miriam Greenspan 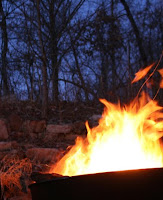 There have been moments of grace in my life when, in the midst of intense grief and emotional pain, I was able to embrace the experience with joy and gratitude that added an almost unbearable sweetness to the agony. It is at these moments when I have felt myself transformed.
Would that those moments of grace occurred more frequently....
Posted by Kay at 10:45 AM No comments: