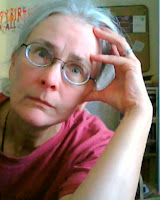 Why, oh why is it so very hard to ask to be paid what your time is worth? Ouch, ouch, ouch. I just got paid for a very time-intensive workshop, and received less than half what I wanted for it. Why? Because I didn't ask for it. In fact, I asked for exactly what I got.

And I even had warning that this was likely. This morning's Horse Wisdom card was "The False Self," the card that speaks of all those old tapes that say, "I'm not worth that much," or "I didn't do all that much," or "I don't deserve to be paid much," and the like. Sheesh. Did the warning do me any good? Nope. Here's how it went down (my pay, that is):

I proceeded to tell the manager how I had ended up doing all the contact and up-front work, because my partner had been out with a death in the family and a family vacation and hadn't been in town. I was setting the stage, just as I had planned. Then, somehow, someone else took over my mouth and said, "...so just pay me what you paid her."

Where the heck did that come from? I was so shocked that I couldn't imagine a way to get out of it--and then my mouth froze up entirely. So the manager says, "We paid her $XX an hour for the six hours." Whoever it was took charge again and said, "That sounds fine."

I got to the car and laughed and cried at the same time, all the way home. I knew exactly what had happened, and there was absolutely no one to blame but that False Self of mine, the one who, underneath it all and despite all my education, experience, and talent, still believes she doesn't deserve anything much at all.

I learned a valuable lesson this morning, or at least I hope I've learned it, and I'm trying hard not to beat myself up over it. But I sure could have used that extra money.
Posted by Kay at 2:02 PM No comments: