Insight from a little bird

Some friends reported on facebook the other day that their little parrot had escaped and flown away. This bird had been very unhappy since they first adopted her as a youngster last year. She never adjusted to life in her new home, and repeatedly plucked all her breast feathers out despite my friends’ kindness, caring, and all-out attempts to figure out what was bothering her. Without her feathers to insulate her, she undoubtedly perished fairly rapidly in this winter weather.

I woke up in the middle of that night thinking about the bird, and about what I could say to my friends that would be of any comfort at all. In my mind I framed a message to put on facebook the next morning—facebook is where all of us communicate such events these days.

“Some creatures, like some humans,” I would say, “are just so damaged that they can’t recognize love and safety even when they are surrounded by it. They are too damaged by whatever trauma they suffered at an early age, and never recover.” I’m a psychologist, and I know this stuff, right?

As I was dozing back off, I woke up with a flash of rueful insight: I might as well be talking about myself.

Here I am, financially secure, with the most interesting life of anyone I know and the opportunity to do pretty much whatever I want with my life. I am loved, and I am surrounded by abundance, and I am safe in this world. The Universe repeatedly demonstrates this. Yet I fret and worry and berate myself for not doing “enough,” or “the right thing.” I wait for the other shoe to drop, for The Dreadful Thing to happen. I make myself miserable, just like my friends’ little parrot.

I feel so sorry for the little creature, and for my friends grieving her loss. And maybe now I’ll stop pulling my feathers out.

(Photo from Wikimedia Commons)
Posted by Kay at 8:05 PM No comments:

Dissertation Abstract. Working With the Imaginal: Art-Making With Figures of Soul 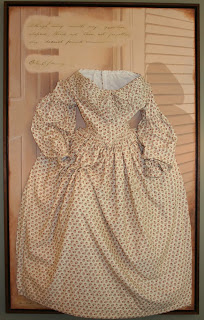 Women’s voices have long been silenced and our work demeaned by our patriarchal culture, leading to profound and internalized devaluation of our worth as human beings and the loss of a sense of ourselves as persons with stories worth telling. Through art-making, dreamwork, imaginal dialogues, and waking-world experiences, I explore the resonance between my own archetypal complexes and my experiences of the Ladies, a group of imaginal women. This dissertation tells the story of its own process, and in the telling, recovers the importance of “women’s work” that in each moment creates soul and embodies our connection with the Divine.

The art pieces created during this process express a temporal and psychic shift, emerging from early Victorian repression through mid-nineteenth-century control and sexualization to the embodiment of a psychic space in which sexuality, sensuality, and activity can be freely expressed. This process reflects a similar transformation in my own psyche, as I moved from a deep sense of isolation, repression, and fear of speaking out, into a more open and confident expression of my self, my voice, and my art.

A major challenge facing depth psychology is to understand the nature of the imaginal world and the ways that we can and do interact with it. This imaginal dissertation addresses the challenge by documenting what the dissertation process and product look like when the work is done in the imaginal way, from within a collaborative field co-emerging between the waking world and the imaginal world. Within this field we have access to a wisdom that surpasses the rational by taking advantage of the quantum nature of reality—the psychoid archetype.

The study uses a radical approach that steps out from alchemical hermeneutics and refigures the traditional distinction between inner work and outer work, between thought and action, between research as scholarly reflection and the act of being in the world. It recaptures an essentially feminine way of knowing, and demonstrates that the boundaries between the “real” world and the imaginal are not as rigid as we have been taught. The imaginal is always in between and always co-arising.


[If you would like to learn more about the creation of Ellen's dress, you can read about it here.]

Thoughts on the movie "Avatar"

For me, this movie was very difficult to watch. Beautiful, brilliant, wrenching, and deeply disturbing. I'm still processing it, and will be for some time, I suspect.

The Quaker in me insists that there must be a better way—a way that doesn’t involve death and destruction on all sides. The Quaker insists it is not necessary to hate, but only to stay true to what one believes.

The Critic wonders why I bother with all this nonsense; the Critic is certain that there is nothing I could possibly do that would be of any significance whatsoever.

Whose voice will speak with the most effect? How much courage do I really possess?
Posted by Kay at 5:43 PM No comments:

The depths of winter.... 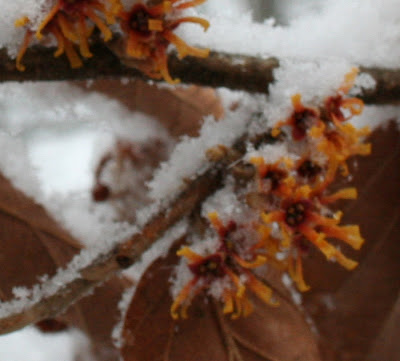 I should know enough by now to expect this: I'm in the depths of winter at the moment, feeling cold and still and sad without reason. The only thing that forces me to acknowledge that I'm still alive is the ache in my soul. This happens in the darkest part of the year, reliably, every year, and yet every year the depression is as fresh and painful as the very first time. Maybe it's like the pain of icy fingertips, reminding me that it's time to go warm up my hands before frostbite sets in.

There are bright moments, of course. Being around my horses brings me back to life; so does dancing. In those moments, joy returns. But as soon as I stop, the icy blanket descends again, so chilling that hope itself seems like the enemy.

My dreams, by contrast, are full of life and death and transformative imagery. I just don't seem to have the energy to work with them. But surely spring will come, as it always does. Outside, just as it did last year, just as it does each year as surely as depression, the witch hazel is blooming in the garden, opening its scented blossoms like the breath of hope itself.