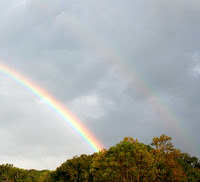 The other day a friend recommended Proof of Heaven, by neurosurgeon Eben Alexander, MD. I ordered it via Kindle (LOVE my Kindle!) and just finished it a few minutes ago.


It’s a fascinating read, detailing his “near-death experience” while he was in a coma brought about by bacterial meningitis. The disease, in effect, killed the outer layers of his brain, and no one expected him to survive. All of the data about his disease, his body functions during the week he was in a coma, and his treatment were recorded in detail, and nothing in the scientific literature can explain his experience or, for that matter, his survival.


Furthermore, his scientific knowledge and training as a surgeon grants his account more credibility, in my opinion, because of the rigor with which he explores both his experiences and the possible explanations for them. I would highly recommend the book to anyone with an open mind. As he says, he himself would have dismissed an account like this as fantasy—until it happened to him.

So I finished reading the book. It rings true, based on my admittedly limited experience of that other world in visions and meetings with folks who have already crossed over. The similarities and points of agreement are striking. Of course, I’ve not been there myself in the state of consciousness that he had—and I’m heartily glad of that! Even though I have had some encounters with the Other Side, I’m still pretty well shielded by my own resistance.


The part of his experience that most resonates with my own is the feeling of absolute, unconditional love. We are loved for ourselves, no matter what. That’s what I’ve felt from the Ladies, from my Guides. There is no judgement, and nothing we do will change the love in which we are held, no experience will separate us from the One, the Divine, and this immeasurable love and compassion.


It’s interesting—the question is, of course, what am I going to do with this?


I feel encouraged by the book. It feels like corroboration from an outside source. The author is not only a scientific guy, a neurosurgeon, but he’s also a lifelong skeptic. So for him to come back after this impossible physical damage that he suffered, for him to come back totally healed with this kind of message—that, I needed to hear.


Why is this book so much more encouraging than the other accounts that are out there, or (for pete's sake!) my own experiences? Because, truth be told, all my Pacifica friends and colleagues, and all the New Age folks who are saying the same thing, somehow are a little suspect, because of what I’ve called the malleable nature of the Imaginal. It’s so easy, if you don’t watch yourself in the imaginal world, to see just exactly what you want to see. And that’s not the same as experiencing the true nature of reality, which is what he’s talking about in the book.


Right now I need to figure out what to do with this encouragement. How am I going to proceed with my work? I’m especially interested and curious about how this can affect my work with Galahad and the other horses. It’s so easy to slip back into my head, which is where I spend most of my time, and stay here and write about it or talk about it, but I need to get out in the living world that we call reality and see what happens there.


I know that it’s “only” a matter of opening to something that is already there, that I know is there, that I’ve already experienced.


But if I’m lazy in any particular way, it would be this: I was going to say “intellectually lazy,” but it’s not intellectual—it’s spiritually lazy. I want it to come easily. I want to just flip a switch and there everything and everybody is. I don’t want to sit and do meditation.


On the other hand, maybe that type of meditation isn’t the one for me, simply because of who I am. I have never been any good at sitting meditation. Even in the way I wrote the dissertation: Almost none of it, or very little, anyway, was from sitting meditations, from active imagination per se. Most of the insights came from my day-to-day work in the world; from being open to other types of communication, other realms, at the same time I was “in the world.” That’s hard to do, but I can do it. I have done it before, and I think that’s what I’d like to try.


That means I have to get up off my duff and get moving, even if it’s only 34 degrees outside….