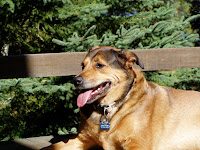 Early in childhood, in order to survive, we learn to suppress certain ways of knowing and ways of perceiving the world that don’t fit the commonly accepted framework of society. I learned not to “hear voices,” or converse with dead people and other imaginal beings; I learned not to sense people’s energies or see their energy fields. I suppressed these abilities so thoroughly that it is only in the last few years that I’ve been able to re-develop them to some extent. Had I not done so, it’s quite likely that I would have been medicated, given shock treatments, or institutionalized. Along the way I suppressed my intuitive nature almost completely, and learned to value only things that “made sense” in a linear and rational way. As a result, part of my soul withered into years of depression.

What happened in my life is a microcosm of what has happened in western culture for the past couple of millennia: my own gnosis, my intuitive and certain knowledge, and my own body’s knowledge and wisdom have been denied their reality and subjugated to the logos of reason and intellect. I often encounter events in my outer life whose relationship and meaning are nearly undeniable, but they are not related in terms of logos; rather, they are apparently random events that happened to coincide in time: synchronicity.

Here is an example: I woke early one morning several years ago from a dream about being painfully misunderstood but unable to speak up for myself. This was a situation that I had encountered very often as the child of an authoritarian father. An hour or so later, my father unexpectedly dropped by the house. As I opened the door and let my dog Wendy out to greet him, I noticed that the neighbor’s dog, who hated mine, was loose. Before anyone could react, the neighbor dog attacked Wendy, who outweighed him by about 70 pounds. Wendy, of course, wound up on top, growling as though she would tear the smaller dog limb from limb. From my perspective on the porch, I was the only one who could see that Wendy was all bluff; her teeth were not even near the other dog. My father raced over to the two dogs, dragged Wendy off by her collar, and began hitting her on the face, telling her what a bad and vicious dog she was. For some reason I was completely calm. I raised my voice to get his attention, and said, “Don’t you punish my dog; you let me do that.” He stopped immediately.

Seen rationally, there is no logical connection between the dream and the event, and no meaning to be derived from their coincidence. But my intuitive knowing says that they are intimately, though not causally, connected, and that there is meaning in the synchronicity: on this morning, in the “real” world, I was able to speak up for my dog in a way that I had never been able to do for myself as a child, and because of the dream, I understood that. This kind of knowing is my essential way of being-in-the-world, and yet it was not only dismissed by my family, but actively discouraged. In the same way, our Western culture has suppressed all such forms of wisdom. It has been going on since before Plotinus; Descartes just happened to phrase it in a way that caught on: Cogito, ergo sum.
Posted by Kay at 10:13 PM