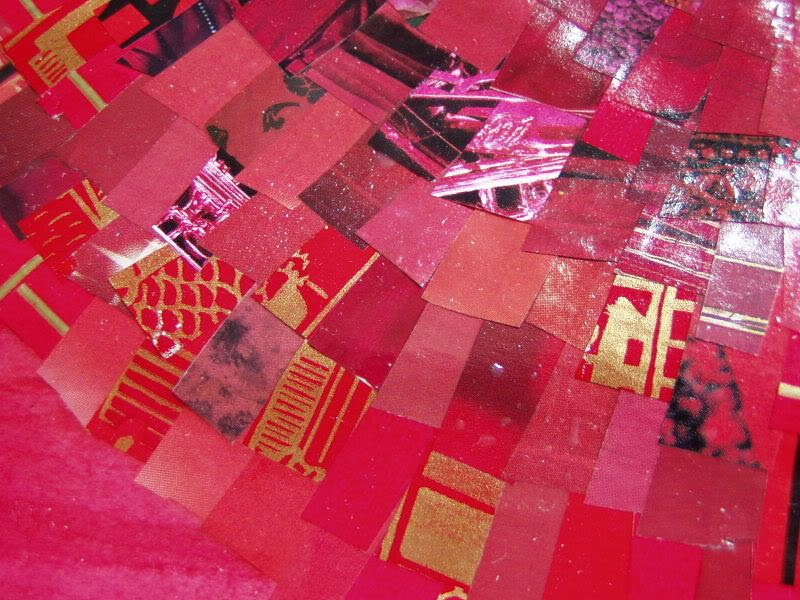 Here’s a story that will make you think. If I hadn’t already been convinced that there are no coincidences in life, this series of events would have done the job!

Back in 2004, I was working part-time at the local medical school. It wasn’t a great job, not even an interesting job, but it did give me health insurance and enough money to make ends meet. Most of my free time was spent with my father, who was dying of pancreatic cancer. Our relationship had always been difficult; his influence over my life was enormous and in many ways kept me from living my life as I would have liked, out of fear of his judgment.

Dad died in early March. His death freed me in many ways, especially financially: he and my mother had left me a trust fund that would give me a small but significant income each month. A the same time, Dad’s death forced me to examine how much of the constraint I had felt in my life was due not to the man himself but to the internalized father, to the parts of my own psyche that seemed to speak with his voice. This was a difficult realization, and much of the work of transformation was internal, unconscious, and frequently reflected in dreams.

During that spring I had many odd experiences, but none stranger than my encounter with red. It began with a dream:

We are settling my Dad’s estate. There is some kind of object involved that we have to keep around, or keep a record of, because it will change things—it’s a transformational object of some sort. I don’t remember what it was or looked like in the dream, but the symbol that seems to have replaced it in my mind is something red and disk-shaped, 3-dimensional.

About a month later, a seemingly unimportant event brought the dream of the red transitional object back to my awareness. One of the cats had caught a dove and was torturing it, as cats do. I went outside to put the bird out of its misery. After stalling for quite some time, not wanting to use my bare hands to dispatch the poor thing, I picked up its body and literally ripped its head off.

It was a real surprise to discover how little force it takes to actually pull a bird’s head clean off its body—far less than opening a bottle of beer, for instance. And I wasn’t prepared for either the blood that poured out of its neck or for the flapping and flopping of its body afterwards. I held my hand over it to keep it still. Its head moved, too—its beak opened and shut, and so did its eyes. It was very strange. Afterwards I went upstairs and washed the blood off my hands; I could smell the iron…. It was such a little thing, the killing of it. One could get used to it quickly. How interesting, I thought.

By the next day, the color red was on my mind constantly. I couldn’t stop thinking about it. Being a good depth psychologist, I decided to surround myself with red things, even wearing my father’s red flannel shirt and drinking redbush tea. What would happen? What would red feel like, sound like? Red was not a large part of my life—I’ve always avoided the color. Why?

Red kept appearing in disquieting ways. I found just the fact of being surrounded by red very uncomfortable and unsettling, but kept at it for several days. I noticed red everywhere—not just flowers and clothing, but stop lights, “Do Not Enter” signs. I saw a documentary about a man who was genetically female but always felt male. They showed parts of the operation he underwent to remove the female organs and create a kind of penis. It seemed too horrible to take in—the bloody destruction of all that was female in that person’s body. It was shocking, sickening, riveting.

At this same time I began a series of art pieces involving the color red. The first piece, “Meditation: Red No. 1” was a kind of spiral or vortex created with torn pieces of the red parts of magazine photos and wrapping paper. “Meditation: Red No. 2,” which I began a few days after the first piece was completed, was a blood-red linen shawl, unadorned except by long fringes on the ends. Sitting and working on the piece was magical. This was springtime, and I felt myself slowing down into an almost trance-like state as I worked, sitting in a small rocker outside the back door.

My internal transformation continued through dreams, and I came to realize other aspects of red: Red is confidence, authority, courage. Red is returning to my own sense of agency, my own appropriate sense of power. Personal power and integrity—red.

On Sunday, May 9, I wrote in my journal:

I want to enjoy this new freedom I have, and also work very hard on discovering what my soul wants. I feel I’ve been given a huge gift of trust and support. Mom and Dad, in an odd way, are supporting me while I do what I know I need to do. Love and “trust,” in a way they couldn’t have done while they were alive. Now I want to live up to that trust. The Universe is supporting me, and I appreciate the opportunity and the responsibility, in the sense that I want at the end of my life to know that I lived as consciously as possible, and as courageously and joyfully as possible.

The next morning before I went to work, my journal records this statement: “I’m feeling very weird today. Nervous—like something bad is going to happen.” I got dressed, and decided to wear a white blouse and my new red shawl. I rarely wore red at all, and certainly never to work, but I decided to make brave and see what would happen.

An hour or so after I got to work, without warning, my supervisor informed me that my job had been eliminated. I had one month’s severance pay, and she wanted me to clean out my desk and leave immediately.

I’ve often wondered what the scene was like from her perspective, with me dressed like the sacrificial lamb in white and blood red. In my shock, all I could think was, this is what happens when you wear red.

In retrospect, as so often happens in life, the “disaster” of the moment was a great blessing. What I “lost” with the job was more than made up for in other ways. The income from the trust replaced the lost salary; my partner was able to cover me on her company’s health insurance plan due to a sudden change in policy. Most importantly, the “loss” of the job has enabled me to do the work on my dissertation that I would otherwise never have been able to do; and I would never consciously have relinquished the security of a “real job.”

I had let it be known that I was ready and willing to live consciously, courageously, and joyfully, trusting the Universe to support me, and immediately, the opportunity to do just that was presented to me. As they always say, be careful what you ask for, because you just might get it!
Posted by Kay at 2:39 PM